A lot of new fans joined the MacGyver fandom lately, but this post concerns both “old” and “new” fans. Because there’s something that keeps bugging me. To be honest, it’s bugging me since I’ve started posting about the MacGvyer Reboot. I tried to reason with some of the people doing it, but to no avail.

So I’ll say it again: It seems that some fans don’t think it’s necessary to remember that neither cast, crew nor fans are obliged to post BtS photos. They do it by their own free will, simply because they want to share it with us.

We should at least honor them by sourcing them, so people can find the original posts and like/comment on it. Unless the photo is already watermarked (see below). But even then, the compilation down below wasn’t done by Getty Images, but by me. I don’t mind if other people don’t know that. But some fandom creators DO mind. And a link to the original source can help others to find it if they’re not that experienced yet in fandom stuff.

Yes, I’m aware that it’s not always easy to find an original source. But stating “found on Tumblr” or “found on Pinterest” is simply not good enough. And this wouldn’t be necessary if people that found a photo first and decide to share it would simply retweet or repost it instead of uploading it without a source. And if they do upload it on another platform to share, would at least state the owner of the photo if they can’t add the source link.

Photos shared by the Main Cast and beyond
Yes, it’s not much of a problem for “old” fans if you state you found the photo you just posted on the social media account of one of the main actors – because we all know where find them. But what about the “new” fans that just joined the fandom? You might be an “old” fan that joined back in 2016, so how about helping out the newcomers so they can contribute to the fandom as well?

Not to forget: It’s annoying when that photo was originally posted weeks or months ago and someone wants to find the original photo in good quality – for creating fanart, for example. Justin Hires posts a ton of photos on Instagram each season, so good luck in finding a specific one. It’s also rather unfair in my opinion when it was originally shared by a Guest Star or an Extra that is harder to find and could use a little bit of extra boost on social media.

I know why people don’t want to put the original source link into Tumblr posts anymore, but it’s still not cool if you prefer to get hits and likes while neglecting the person who voluntarily shared that photo in the first place.

Content shared by fans and fandom artists
Yes, you just saw that cool photo and you want to share it. So why don’t you just check if someone else already posted it and share that post. Or even better, go to the original source and share that one instead? So the person who posted it first gets likes and comments?

The same way, we should honor fans that take the effort to produce content in posting FanFictions, FanArt, GIFs, compilations and blog posts. And no, downloading videos and re-upload them as your own isn’t cool, either. Yes, you are the reason why creators have started to tag their creations. Or even worse, have stopped to create any content for this fandom.

And yes, I’m aware that sometimes, things get murky. This Season 4 group photo a lot of you shared was actually put together by MacGvyerOnline. But it’s been shared so often without a source and pops up so often in Google Search, that even cast and crew members have shared it, thinking it’s actually an official promo photo by CBS.

It can happen even if you’re careful. (But a hint: You can recognize it as fanart by looking at the SAK symbol.) That’s why we all should try to be even more careful with fanart and fandom content.

Content shared by my own
I take a lot of extra time to always add the original source into my blog posts, my tweets, my Tumblr posts and into all the posts in the MacGyverOnline forums.

For example, I can’t find the original TCA photos of the above posted compilation on Getty Images anymore. They must have been taken off the page for whatever reason.

But if I actually DID forget the original source – yes, it can happen to me too, of course – feel free to shout at me and I go and try to hunt it down in my notes. I don’t bite. (At least not usually *lol*.)

And now, I have to add a mini rant that inspired this blog post into the first place:

Come on, people. Let’s work together in this. It only takes a few extra seconds to add the source – especially when other people like me already handed it to you on a plate. It’s simply proper social media etiquette.

Hey there! I’m going on a holiday, practically travelling to the other side of the world, yay.

But that means no Updates posts for at least 4 weeks, booo. And not much time on the internet. No picture-posting on the MacGyver Online Reboot Forums. And no new MacGyver Episodes to watch for me, ay.

You can also find me on Twitter; I might be able to do some tweeting and retweeting ;-). And of course, there’s always things to discuss in the MacGyver Online Forums, even if I’m not online! 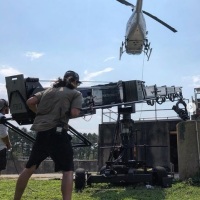