(Spoiler Alert: You will get spoilered about Season 5 storylines and characters by reading this post and its comments or by clicking on the links provided. For daily news and to join the discussion, you can find me on Twitter and on the MacGyverOnline Forums.)

There are some more reruns scheduled for now, but CBS isn’t known for keeping shows on the rotation when they’re already cancelled. In non-pandemic years, the timeslot was often occupied with a reality show over Summer; but filming for non-scripted shows might still be delayed.

If an already existing show takes over the timeslot in Fall, they might put reruns of that show there. In my opinion, most lower-rated CBS crime/drama shows (e.g. SWAT) aren’t really made for Fridays 8pm or don’t really fit with the current line-up at 9pm and 10pm. It’s possible that they will push Magnum PI to 8pm; serving as a lead-in for a new show (e.g. NCIS: Hawaii). The Fall schedule should be revealed at the Upfronts next May.

What you need to know about Episode 5×15 (MAC509)
Tonight is the premiere of the Season 5 Finale aka Episode 5×15 (Abduction + Memory + Time + Fireworks + Dispersal). It was written by Monica Macer, Alessia Costantini, Andrew Klein & Stephanie Hicks and directed by David Straiton.

We got the Press Release and 9 Official Stills on April 13 plus a preview after the rerun last Friday. In case you need a refresher (though I doubt it), here’s the synopsis:

When Mac and Riley go missing and wake up 24 hours later in a corn field with no memory of how they got there, they must unravel the mystery to find who took them, and how to get rid of the nanotrackers in their bodies, no matter the cost.

On April 22, they released another Season 5 BtS interview video; this time talking about dire situations. We got 4 Sneak Peeks on Wednesday plus two additional Sneak Peeks yesterday: One by TV Line (Casino Sting) and one by TV Insider (Recovery Plot). According to the band “The Phoenix Foundation”, the episode will feature their song “Eventually”; taken from the album “Buffalo” (2015).

On April 29, we also got a new interview with Alexandra Grey (Parker) for Forbes. Alexandra was surprised by the wide praise she received from fans, but also disappointed about the cancellation since she “heard some stuff for next season”.

Today, Matt Mitovich from TV Line just hinted that fans would want to visit the site after the episode; getting to know more about storylines for Season 6 if the show had been renewed.

While the cast and crew were still under contract, they gave subtle hints that they appreciated our efforts. It seems their contracts are up now and they’re not so subtle anymore.

In an interesting plot twist, Brad William Henke (Jonah Walsh in Episode 2×23) refused to sign the petition; stating that “they told me they were going to bring me back the next season for five episodes and then they just ghosted me”. Fans had always wondered why the character had never been brought back. With his tweet, Brad just revealed that they had indeed set up an entire Walsh storyline – only to drop it later for unknown reasons.

Meredith Eaton kept posting BtS photos of all seasons as Instagram Stories. On April 28, she did an episode for Justin Hires’ “Urban Legendz Podcast”; available as a Patreon Exclusive. 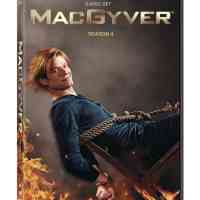 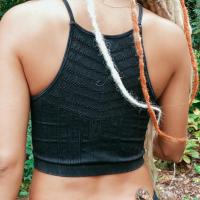 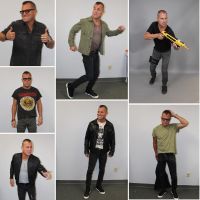 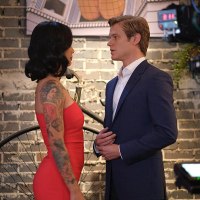