No new episodes of MacGyver at the moment. The Production Office re-opened on June 4, so filming for Season 3 should start soon. Season 2 also scored some nominations!

(Minor Spoiler Alert: You might get spoilered about Season 3 by reading this post and its comments or by clicking on the links provided!)

What are Cast and Crew up to?
Many of the cast and crew enjoyed some downtime before the Production Office re-opened two weeks ago.

Lucas Till spent some time in LA (e.g. to attend the 10-year-anniversary-screening for zombie comedy Dance of the Dead on May 23 or to visit one of Justin Hires’ stand-up-comedy-shows). Last week, he enjoyed a short holiday on Hawaii with his family and his friend, roommate and co-worker Mike Milligan. For once, Lucas was quite active on Instagram. He also posed with fans in Hawaii; e.g. at the local Target and in front of a restaurant.

Justin did some more Stand-Up comedy shows. At the moment, there’s no news about the movie project he is attached to. (The status of said project could be relevant since it would probably interfere with his screentime on Season 3.)

George Eads did not only enjoy some holidays on the Bahamas with his family, but also played some Golf. On June 11, he joined the LA Golf Classic, an annual fundraiser organized by the SAG-AFTRA Foundation. Fun note: Original Jack Dalton (Bruce McGill) was one of the members of the host committee this year – alongside Carlos Bernard who had directed Reboot Episode 2×11 (Bullet + Pen), the episode Bruce McGill guest-starred in.

Tristin got to celebrate her birthday with friends. Both Reign Edwards (who plays Bozer’s girlfriend Leanna in the Reboot) and Javicia Leslie (aka Jesse Colton) were in the crowd. For congratulating, Meredith Eaton posted a new BtS photo of her with Tristin taken while working on Episode 2×12 (Mac + Jack).

Executive Producer Peter Lenkov’s long-time dream project Magnum has been ordered to series by CBS; meaning that at the moment, he’s busy with four shows in total. Three of them (MacGyver, Hawaii Five-0, Magnum) will premiere this Fall while the 2nd season of Salvation will premiere June 25. He therefore spends a lot of time on the Paramount Studio lot, presumably working on finalizing the scripts.

Season 2 News
Due to Celebrity Undercover Boss, there are no Reboot re-runs at the moment – contrary to pretty much all the other action and drama shows in the CBS line-up. More episodes for Celebrity Undercover Boss (CUB)  are scheduled for Fridays 8pm until July 13. There’s a good chance there will be some Reboot Re-Runs after the Finale of CUB since the show has 10 episodes.

Last year, both Lucas Till and Peter Lenkov had attended the Monte Carlo Television Festival. It’s maybe a bit ironic that this year, the Reboot got nominated for an International TV Audience Award within the category “Action & Science-Fiction TV Series”, alongside Scorpion (CBS) and Prison Break. The winner will be announced on Tuesday, June 19.

Also, the many tweets helped Lucas Till to score a nomination for the Teen Choice Awards in the category “Choice Action TV Actor”. The first voting period ends on June 19, so if you’re eligible to vote (check the rules in here), keep on voting by using Twitter or checking into the TeenChoice voting site!

Stunt Coordinator Jeff Wolfe again had handed in a Stunt Reel for the Emmy Awards. Voting is only possible if you are an Emmy member, though – but if you’re eligible to vote for the Emmys, you can do so until June 25. The nominations will be announced mid-July. I’m not sure how good the chances are, considering the show was already nominated last year. But let’s hope the Reboot scores another nomination or even a win!

Meredith Eaton was interviewed for the Emmy Magazine, talking about being a short-statured actress and embracing her difference. On June 11, she posted a photo of her with David Dastmalchian, plotting strategies. It’s not clear yet if this was part of a photoshoot, for Bonus Material for the Season 2 DVD or just a fun snapshot of them passing time on set.

Season 3 News
The Production Office re-opened on June 4, so filming for Season 3 should start soon.

Sadly, there’s no news at all so far. The Premiere Date still hasn’t been set yet, but it’s reasonable to guess it’s either September 21 or September 28. Unless we hear otherwise, I’m assuming it will be a direct Full Season Order of 22 episodes.

Since the production office is open, the official social media accounts are bit more active; e.g. tweeting about the “Happy Best Friends Day” on June 8 or reminding fans that they can re-watch the episodes online.

David Dastmalchian auctioned off a set visit with “Murdoc” for a good cause, so I reckon it’s possible that Murdoc will appear very early in Season 3. The set visit entails lunch with MacGyver, Murdoc and the cast that is working that day; also a tour of the production stages and the sets with a demonstration of a “MacGyver” moment with stunts and/or props. The auction made 12’000 US Dollars for charity, so kudos to whoever bid on this.

Funny thing: German distributor Paramount/Universal Pictures must have had a typo in their press release since all websites have a character named “Frank Dalton” in the DVD description. They have changed the name to Jack now, but it will be interesting too see what name will be written down on the back-cover. 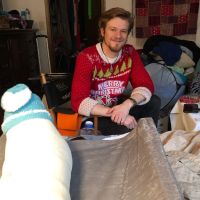 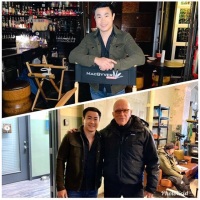 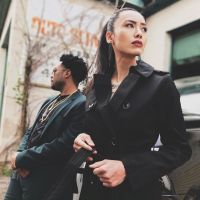