Disclaimer: My original guest-post was first published on The MacGyver Project on April 14, 2017. I made some minor changes (e.g. grammar or source corrections, link corrections, author’s note) before re-posting it on my own blog for safe-keeping.

It’s Season Finale Friday! Fans don’t have to be sad, though: The show will come back for a second season!

(SPOILER ALERT: You will get spoilered about the Season Finale and storylines in Season 2 by reading this post and its comments or by clicking on the links provided!)

It’s a wrap! Well, kind of?
Cast and crew had celebrated the official wrap party on March 19, although shooting wasn’t done yet. 2nd Unit did some additional filming on March 21.

Interestingly, Kevin Marshall (Stand-In for George Eads) was still shooting inserts on March 31. The crew was apparently awed by the location and posted several pics of the mansion and the swimming pool. Since the location doesn’t fit very well with what we’ve already seen in the previews and sneak peeks, this could get interesting. Maybe something to do with MacGyver’s father?

(Author’s Note on May 20: It seems the location was used for the filming of CW’s pilot episode of “Dynasty”.)

As always, there was still post-production-work to do. While Tristin Mays had been doing ADR (Automatic Dialogue Recording) for Episode 20 (Hole Puncher), David Dastmalchian posted a picture of Lucas being in the studio with him to do the necessary ADR work for the Season Finale. Executive Producer Peter Lenkov shared short videos while editing the last episode (e.g. MacGyver fighting off a knife attack and Riley again being attacked from behind, but this time being prepared).

Now that filming was over, the main cast and crew engaged more often on social media to tease us for the premieres of the last two episodes of the season. We got several BtS pictures with David Dastmalchian as Murdoc (e.g. in the Season Finale, with Assistant Director Cornell Willis or with Meredith Eaton’s Stand-In Saundra Coller). Cornell Willis shared BtS pictures with Lucas Till and Meredith. Justin Hires posted a picture of his character Bozer lying on the floor with a bloody shirt, stating “I hope to God I survive this episode” (I don’t think we have to worry too much about that).

Some of the crew also shared BtS stuff from earlier episodes. Stunt Double Caine Sinclair shared a video of the window stunt scene in Episode 15 (Magnifying Glass) while Set Costumer Christopher Opopo posted the same stunt filmed from a different angle and a picture of that day.

Premieres of Episodes 19 and 20
Ratings have been falling again. Although the episode was written by Lee Zlotoff and well received by fans, Episode 19 (Compass) had the lowest ratings of the season so far with 6.56 million viewers (along with a 0.9 rating in the 18-49 demo group). Last week’s Episode 20 (Hole Puncher) did slightly better and garnered 6.62 million viewers (with 0.9 in demo).

Nonetheless, the ratings are still pretty good. The Season Finale not included, the show had 7.79 million live-viewers per episode, along with a 1.09 rating in the 18-49-years demo group. The reruns (nine episodes so far) had 4.37 million viewers per episode (with 0.67 in demo).

I’m no expert, but I might look more closely into the ratings in another Update (just because I like to look at data, creating graphs and pretending to know what’ I’m talking about *lol*).

Stills, Previews and Sneak Peeks
After complaining about not getting an episode-related preview for Episode 19, we did get an official trailer for Episode 20. On the other hand, we didn’t get any sneak peeks at all. The only other time this happened was for Episode 3 (Awl).

Thankfully, we got a trailer for Episode 21 as the Season Finale and a First Look by Entertainment Weekly on Mark Sheppard. Today, we also got two Sneak Peeks. One of these Sneak Peeks mentions MacGyver’s father which didn’t happen for a while. I’m pretty sure he will either play a part in tonight’s plot twist or show up in person the next season.

In another Sneak Peek via Yahoo, we see MacGyver (plus robot) trying to save Bozer’s life. Yahoo looks back at the original Dr. Zito and talks with Lucas about the differences between the two halves of the first season episodes.

In an exclusive clip via Entertainment Weekly, we see MacGyver and Jack on that mission in Cairo they never want to talk about (and proof that Jack has no respect for Egyptian artifacts).

Interviews and Season Finale Promo
The impending Season Finale brought on another round of promo interviews and articles. An article by CGW (Computer Graphics World) about the sound editing of the reboot revealed one of the reason behind the constant background noise (music, sorry. it’s music, of course): Atlanta has some very loudly chirping cicadas that “could betray the show’s real location”.

I’ve dealt with snow in LA for Original MacGyver. I sure wouldn’t mind some cicadas. I would even prefer them, actually. (Alas, it’s not as if I know which countries shouldn’t have cicadas.)

In an interview with Matt Carter, David Dastmalchian talked about Murdoc and his appearance in the last two episodes of the season.

On April 11, Henry Winkler talked about what makes (Original and rebooted) MacGyver so special.

Tristin Mays did a short video interview and a photoshoot with The Wrap. She revealed that the season finale will give her character a wake up call – meaning “more training, maybe some weapons” next season. Hm. Good to know that MacGyver will soon have TWO members in his team that can wield weapons around him *ahem*.

In another video interview with Young Hollywood, Tristin talked about her visit to Hawaii last week, the possibility of another crossover with Hawaii Five-0 and Riley’s wardrobe. In the interview with TooFab, Tristin calls the Season Finale “outrageous” and mentions that she has to get into shape for next season because there will be more action.

Meredith Eaton and the rest of the cast talked about Matty and why she’s the perfect boss for the Phoenix Foundation. They also talked about their favorite moments of this first season where George Eads revealed that a lot of the puns were added (and sometimes ad-libbed) by the cast.

Cast and Character News
We already know that we get Murdoc and Dr. Zito for tonight’s Season Finale, so probably no more surprises. Many fans hoped for an appearance by Patricia Thornton or Nikki Carpenter. Thornton seems unlikely, but Nikki was on the Cairo mission (as mentioned in the Pilot Episode). According to a recent interview, Tracy Spiridakos wouldn’t mind to do another episode.

Peter Lenkov revealed that Season 2 will see Riley and Bozer having relationships – with other people. So we might be introduced to new recurring characters soon. Let’s hope the writers keep the relationship drama at bay, though.

Sightings
Tristin Mays garnered some instagram attention on April 5 when Peter Lenkov posted a video of Tristin arriving in Hawaii with her brother. She enjoyed some well-earned vacation days, but also attended the Wrap Party of Hawaii Five-0 which raised questions of her appearing in the show as a guest star. Maybe it was Lenkov’s way of apologizing for not getting her to Hawaii for the crossover episode (in fact, all of her and Justin’s scenes had been shot in cold Atlanta).

What’s going to happen now?
As mentioned above, the Season 1 Finale airs tonight. On April 21, there will be a rerun of Episode 10 (Pliers). Now that The Amazing Race doesn’t air on Fridays as initially planned, they will probably air reruns of the other MacGyver episodes.

Although the reboot was one of the best sold shows at the upfronts last year, it is still waiting to be released in other countries. The season renewal might help with that, though. It will air in France soon and is set to premiere in Japan in June.

The premiere date of Season 2 is not set, but it’s safe to assume it will be a Fall Premiere again; airing on Fridays before Hawaii Five-0 and Blue Bloods. In her AMA on reddit, Tristin Mays revealed that filming the new episodes will begin on July 6. She’s already mentally preparing for “Hotlanta”. 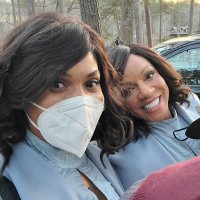 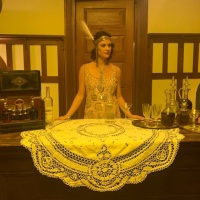 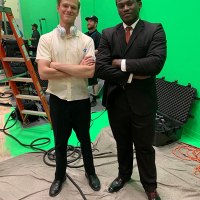